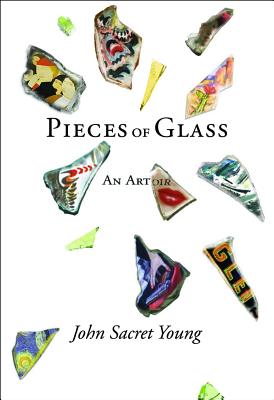 Author Alexander Eliot is featured in a new book, Pieces of Glass: An Artoire, by award-winning Hollywood screenwriter & author, John Sacret Young. Mr. Young devotes an entire chapter, A Rainy Night, to a chance encounter with Alex. Their talk is mostly about artists Alex met over the years during his tenure as Art Editor of Time magazine and later, in particular, artist  Charles Burchfield.

“I took delight in American painting.” Alexander Eliot told me. “And it amazed me nobody cared. Art was very low on the totem pole in America. When Harry Truman jeered at ‘ham-and-egg art’, millions cheered and senators looked under the bed and saw Communists in what these artists were doing. I felt I had a mission to put American art on the map.”

A mission certainly made more difficult due to the political leanings of Time owner, Henry Luce.

Purchase Pieces of Glass: An Artoire.

One thought on “Alexander Eliot Featured In New Art Reminiscence”